​The Shohola Volunteer Fire Department was begun on February 4, 1922. It was formed after the local feed store caught fire and burned to the ground. The store was the old switch- back station which was located on the site of the present Wayne Bank. The nearby Post Office also caught on fire and burned as sparks spread to its roof and nothing could be done because of a lack of available water. After the fire, the local men congregated at Rohman's Inn. It was there they decided that the Township needed a fire department. So they formed the Department which we now serve. The original 19 members elected John Sheenan as the first Chief and Arthur Hoehne was named Assistant Chief. The beginning equipment consisted of 3 ladders which cost five dollars each and donated water pails. In the spring of 1922, the township enjoyed their first fund raiser, a dance. During this summer the first Firemen's Fair was also held. With the help of these two fund raisers there was $368 in the treasury at the end of 1922, During the next several years the firemen and their families dedicated their lives and time to the purchase of equipment and the protection of their community. In 1926 a fire truck was purchased. It was a Dodge-Graham Brothers chassis with American LaFrance equipment. The cost of this vehicle was $1170. Presently, there are 11 vehicles in use between 2 stations.

During this time period, the signaling device used to summon fire fighters to calls comprised of a locomotive rim donated by the Erie railroad. In the event of a fire, a hammer was used to bang on the rim, alerting the firemen. This rim still hangs in front of the Station 1 firehouse. In 1958 a phone system was installed, where 3 or 4 extensions were installed around the township. These phones were direct lines to the firehouse. In 1972, the number of phones was increased to 5 and sirens were incorporated into the system. Also in 1972, the first radios were being used, and procedures for a county radio dispatch system were started.

During the 1990s the township supervisors, in an effort to increase efficiency of emergency service and simplify financing, named a committee of township people to review both Shohola Fire Department and Walker Lake Fire Company. Their purpose was to create a proposal for the companies to work together in the most effective way to supply the best possible service to the people of the Township. By 1994, the two were working under one unified command, and the preparations for a merger were being made.

In August of 1996, the merger was officially signed and we became known as the Shohola Township Volunteer Fire and Rescue Department Inc. All of our teams including the Emergency Medical Services and the High Angle Rescue Team function under this incorporation. Many members of the Shohola Township Fire Department have been cross trained in fire, emergency medical services, and high angle rescue. 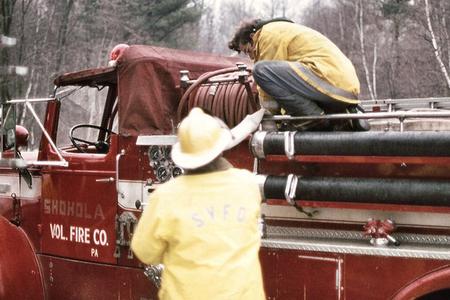 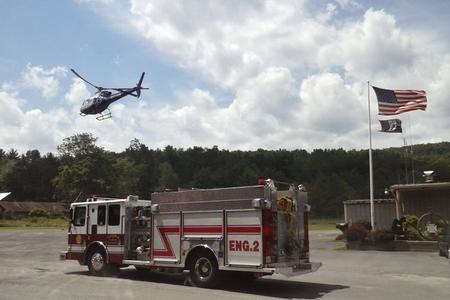 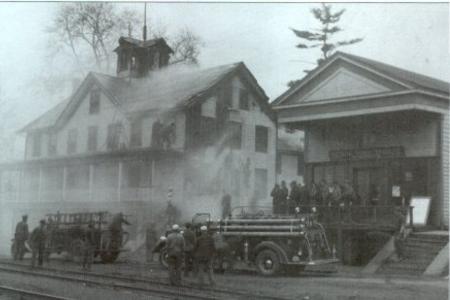